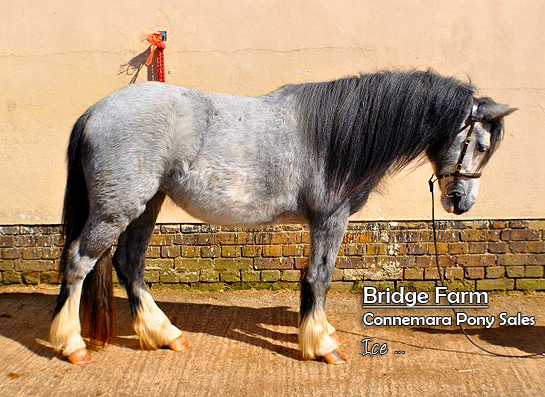 Ice is a very pretty 2 year old grey filly to make apprx 13.2hh
I bought ice with her mum when she was about 4 months old, she was black and just turning grey.

She is a very pretty grey filly with her wide blaze and blue eyes.

Her mum, who is a welsh mountain type pony, was a very sweet natured pony who went on to make a nice little lead rein pony.

We broke her in with no problems then she went on to her new home.

We decided to keep Ice as we felt she would make a nice pony club all round pony.

She is a middle weight build with a full main and tail giving her a fairy tail look.

If she doesn’t sell I will keep her for my grandson to pony club later when he’s old enough. But he is only 2 at the moment so will be a little while before he will be big enough to ride her.

If you think Fitchets Mount Ice may suit you, why not  give me a call on 07980 668380 and we can have a chat about this pretty grey filly … Belinda

Complete the form below to send a message to this owner.